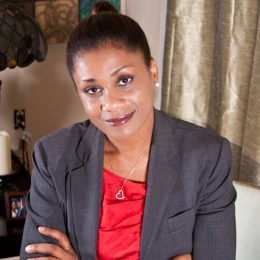 SHEENA BENJAMIN-WISE is a seasoned marital and family lawyer practicing for the past 17 years in South Florida.  She understands the struggles of individuals and families face during such difficult times. In her practice she focuses on protecting your rights during this crucial time. She handles high net worth marital assets matters, complex child custody, alimony and spousal support, and child support matters. She believes clients should be educated on the law, duties, responsibilities and entitlements. Ms. Benjamin-Wise is a passionate advocate for her clients. She believes in educating her clients regarding duties and obligations of the law and strives to provide exceptional personal service to meet ultimate client satisfaction.

She attended the UNIVERSITY OF MIAMI in Coral Gables, Florida and received her Bachelor of Arts in Psychology with a minor in Biology in 1994. Subsequently she attended NOVA SOUTHEASTERN UNIVERSITY SHEPARD SCHOOL OF LAW in Fort Lauderdale, Florida, receiving her Juris Doctorate in 2001. While at Nova Southeastern University, she was a member of Moot Court and served as the Team Editor. Ms. Benjamin-Wise participated in an international internship program in Cambridge, England. She was admitted to the Florida Bar in 2002.

Ms. Benjamin-Wise was born and raised in Brooklyn, New York. She is a long term Florida resident. Sheena is married with children and lives in Coral Springs, Florida.

The Law Office of Sheena Benjamin Wise, PA is a South Florida law firm located in Pompano Beach, Florida, with an emphasis on family and marital practice and litigation, including complex custody and support litigation and collaborative law divorce.