Is a premarital agreement really a blueprint for divorce? 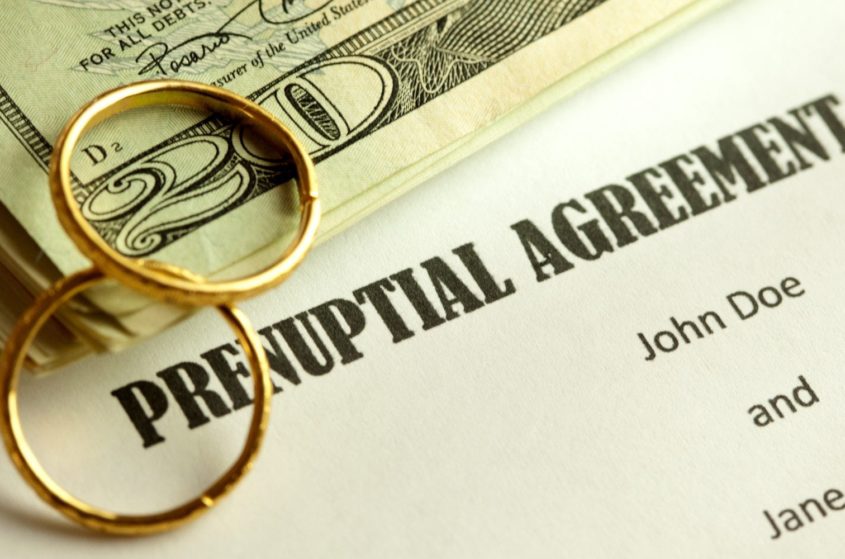 Is a premarital agreement really a blueprint for divorce?

When you’re planning to marry the love of your life, the last thing you want to do is prepare for the possibility of divorce. Isn’t such a move unromantic? Doesn’t it suggest that you’re harboring some doubts even while you’re checking out wedding locations and catering menus?

While it’s true that premarital agreements, also known as prenuptial agreements or ‘prenups,’ address subjects like property division and spousal maintenance in the event that the marriage does not work out, they can actually make your relationship stronger. In this blog, we’ll review four top misconceptions about premarital agreements (including the one that they are a blueprint for divorce) and explain the truth in each case.

Myth #1: A premarital agreement means that you expect the marriage to fail
Those who are against prenups insist that they are a not-so-subliminal suggestion that you think the marriage won’t last. On the contrary, they are an investment in the success of your shared future. Too many marriages end in divorce because the spouses had different hopes and expectations and never voiced them until it was too late. When you put a prenup together, you get on the same page before you even say “I do,” which sets the stage for a long and happy life together.

The truth is that a prenuptial agreement can strengthen the trust between you because you talk about important things like money and clarify expectations in advance. The level of honesty needed to put a fair and legally valid agreement together can actually bring you closer together and set the stage for a successful marriage.

Myth #3: Premarital agreements put one spouse at a disadvantage
While it is true that the rich and famous once used premarital agreements to deprive a less-wealthy spouse of their fair share of the marital estate, a one-sided contract is not likely to be enforced by courts today. Instead, couples use them to decide for themselves how their assets will be divided if the marriage doesn’t work out. For example, you can specify that you will keep your family business and give your spouse a piece of marital property of equal value.

Myth #4: A premarital agreement is never enforceable
Another misconception that people have about premarital agreements is that they aren’t legally binding. This may be the case if one spouse was deceived or pressured into signing or the agreement itself heavily favors one party over the other, but if it is fair and drafted in accordance with the law, it will stand up in court.

Conclusion
While discussing prenuptial agreements can be difficult, don’t let unfounded fears prevent you from sitting down with your fiancé(e) and protecting your futures, individually and as a couple. At the Law Office of Sheena Benjamin-Wise, P.A., we will help you understand your rights and responsibilities and create a contract that can make your union stronger and more loving than ever. To schedule a confidential consultation, please contact us at wiselawoffice.com.